Squeeze-Out and Sell-Out Right Under CML

The Turkish Capital Market Law (“CML”) regulates the squeeze-out and sell-out rights in public companies and companies deemed to be public (companies with more than 500 shareholders). The main motive of the squeeze-out and sell-out provisions of the CML were to protect minority shareholders’ rights in public companies and to bring these rights into uniformity with European Union standards. The Capital Market Board of Turkey (“CMB”), the primary regulator in capital markets, has set out the principals and procedures of squeeze-and sell-outs in its communique numbered II-27/2 (the “Communique”).

The Communique requires a controlling shareholder who reaches the 98% threshold or who purchases additional shares after reaching this threshold to declare this to the public. Following the declaration, the remaining minority shareholders may sell-out their shares within a three-month period. Loss of the required 98% minimum majority during this three-month period does not stop the process.

The Board of Directors of a company whose shares are subject to squeeze-out or sell-out rights (a “Company”) is obliged to verify whether or not the threshold has been reached or exceeded and prepare a valuation report to assess the value of per share price in accordance with the relevant regulations of the CMB within one month of the first sell-out application. The company is also obliged to notify the controlling shareholder of other shareholder demands within one month of the sell-out application, and within three business days of the declaration of the valuation report. The controlling shareholder should deposit the purchase price to the Company account within three business days and the Company should transfer such amount to the accounts of selling shareholders within two business days.  A shareholder that wants to exercise her sell-out right must sell all his/her shares — including privileged shares.

In the event that minority shareholders holding less than 2% of voting rights fail to exercise their right to sell-out their shares to the controlling shareholder within three months, sell-out rights will be deemed to have lapsed, i.e. cannot be exercised again. Following the expiration of this period, the controlling shareholder may exercise its squeeze-out right within the following three business days in the form of an application to the CMB. The sell-out price and squeeze-out price are determined separately, in line with the CMB’s mandate to protect minority shareholders. 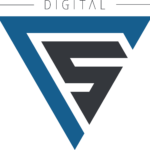